One of the best ways to learn something quickly is to get as close as possible to someone else who’s got the chops. Someone who knows what they’re doing and does it well. Now that I’m starting to dip my toes back into the murky waters of ‘street art’, I decided to get in touch with someone whose work I admire and who’s travelled the world painting BIG. So I dropped Mr Fin DAC an email proposing we paint a wall together, you can’t get much closer than that. Not without rumours starting anyway.

So he invited me to collaborate with him on a couple of walls at London’s Loft Studios ready for an exhibition/shindig that was being put together by the West London Art Factory. After painting with him for a week I learned a lot, progressed a bit, and had a jolly old week in the process.

Fin is famous for his beautifully shaded geisha girls, and knowing he was going to paint one of his trademark masked ladies in the Loft Studios courtyard, I decided to do my own Japanese girl with a mask, only, a little…darker. I thought it would be fun to paint a woman with a Hannya mask, which in Japanese theatre signifies a jealous female demon. Looking at the wall now, I see a narrative played out showing Fin’s defiant looking geisha, triumphant in stealing a lover away from my rather melancholic woman. Or maybe I’m reading too much into it.

I wanted to incorporate the courtyard staircase into the piece instead of trying to hide it, so I designed my artwork around that idea. When it came to paint the piece, I had a hard time with a couple of pipes that ran through my lady’s head which messed with the detail a little. Other than that I was fairly happy with it, the mask especially, although it did take me the best part of a day to nail it. I’m not the fastest kid in the yard that’s for sure.

For the outside wall we chose to paint our own versions of the same reference photograph, playing with the idea of light and dark. Fin christened the piece ‘Dark Angel, Deadly Dragon’.

Big thanks to Fin DAC for getting me involved, Jewel at West London Art Factory and to Yunes and the rest of the team at Loft Studios.

Didn’t get chance to take a photo of the finished courtyard piece with my good camera, I’ll post some better photos when I get them. Be sure to check out the great video at the bottom of the post that Loft Studios put together. Watch a time lapse of the walls being painted and listen to me mumble shit after too many rum and gingers. 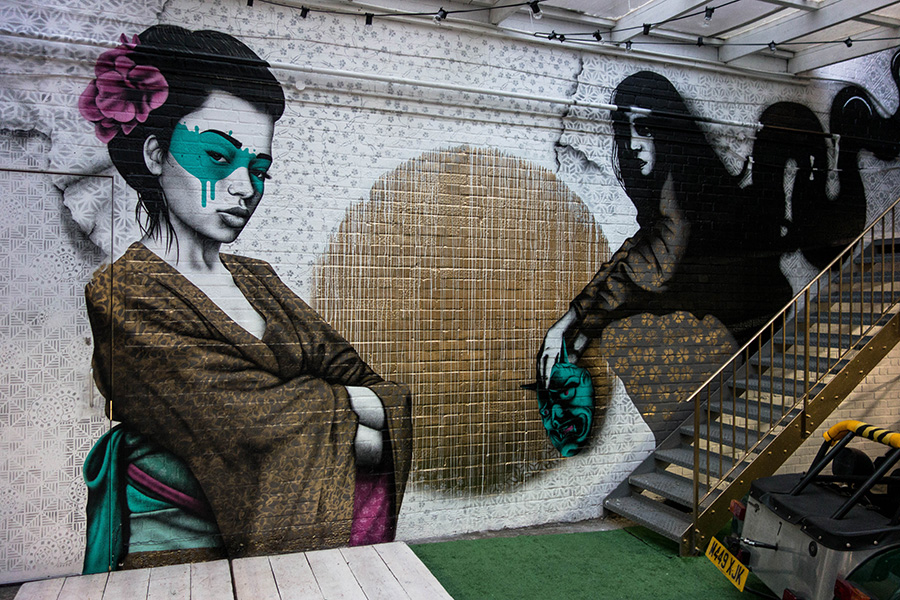 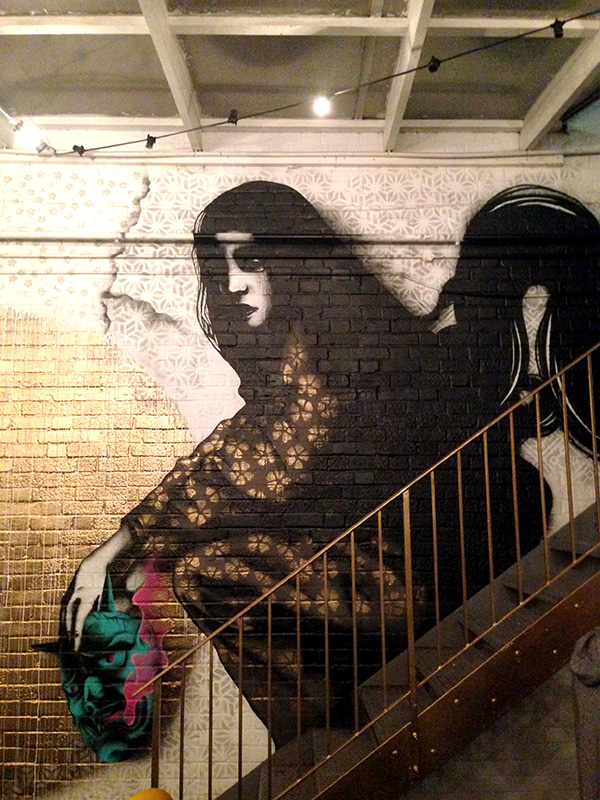 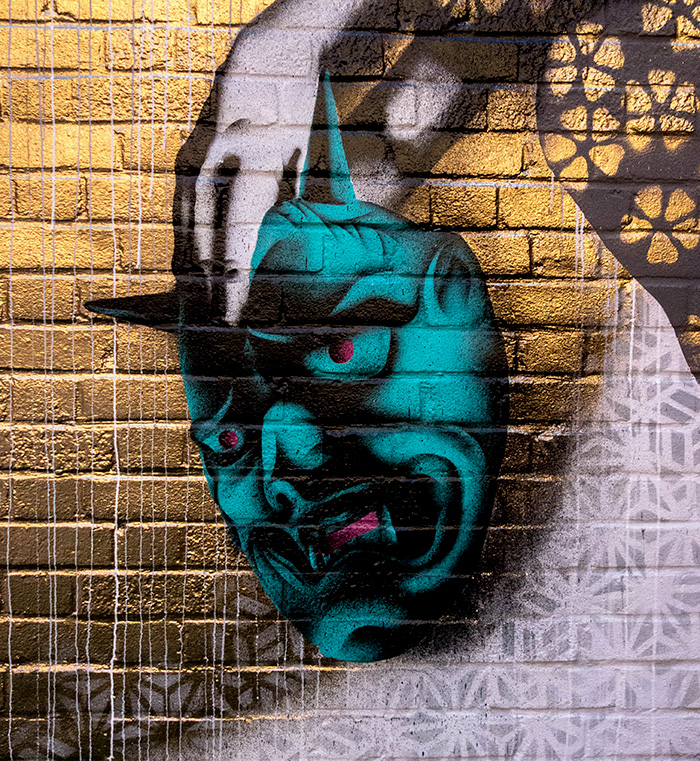 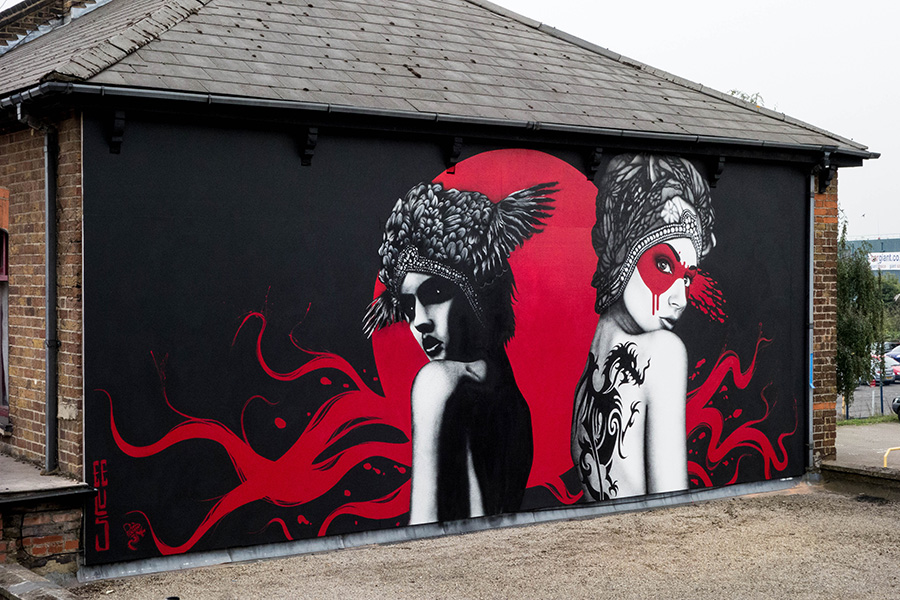 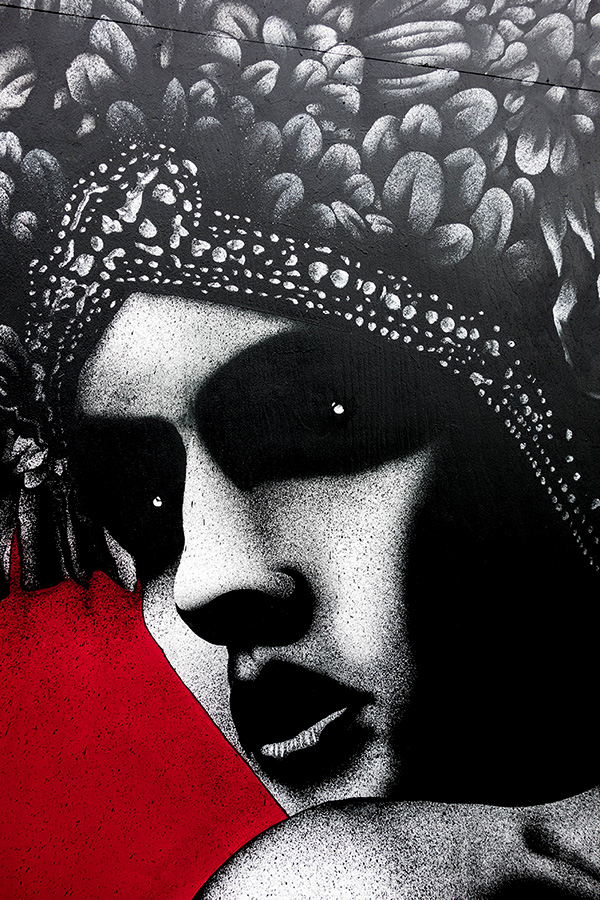 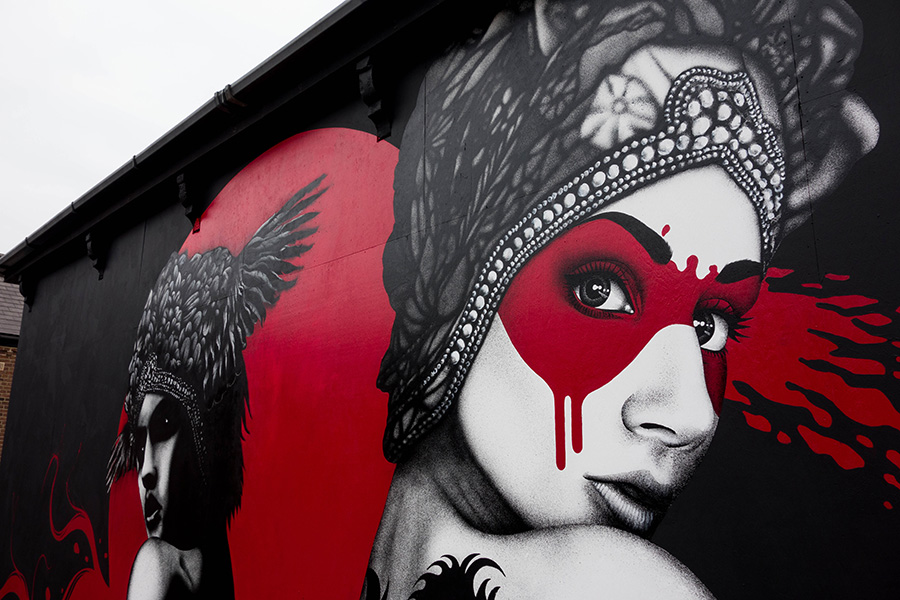