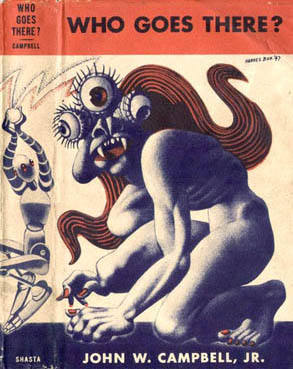 I’ve always been a big fan of John Carpenter’s The Thing. Since seeing it as a kid and having scene after infamous scene etched into my mind, it’s one of those films I’ll revisit time after time, like an old friend; an old friend with a giant mouth in his torso, or one who’s head has recently sprouted legs and scuttled off into a dark corner. And it wasn’t long ago that I finally read and enjoyed John W. Campbell’s novella Who Goes There?  that inspired the movie. The tale of the three eyed alien being found buried in Antarctica is a great read if you’re a fan of Carpenter’s adaptation. 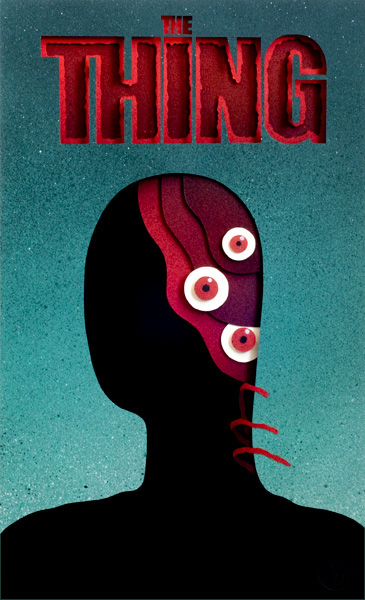 So back in October last year, I made a 3D paper collage inspired by the story as part of my Horrorshow exhibition at Ink-d Gallery in Brighton. The edition of 2 hand-cut pieces sold quickly and seemed to gain the most interest from all the work in the show so I thought it could be fun to transform the image into a screen print edition. But would the depth of the paper piece translate well to a 2D print? That was my main concern. 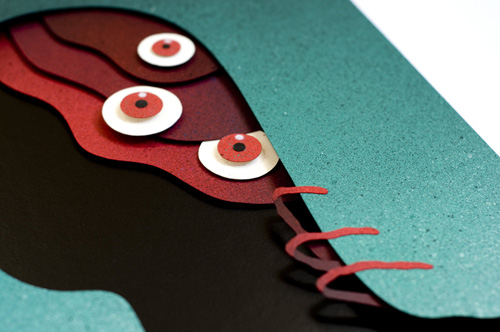 So I cut a stencil for what would be each coloured layer of the artwork, and painted it in black onto separate sheets of paper before scanning them all in and re-working them in photoshop. I then painted in all the shadows to try and capture that layered 3D feel as best I could. Once the artwork was done, it was sent off to a nice bloke called Gary who runs The Private Press, a print studio in Brighton, and off he went. We worked closely and went back and forth with a few things, making sure the print was staying as true to the original piece as possible. We even mixed in some metallic silver inks into the background blues to give a subtle nod to the icy landscapes of the original story. Personally, I’m really happy with how this print has turned out. I think the feeling of depth has translated well and the colours are so punchy on the Naturalis Absolute Smooth 330gsm stock we used. It’s an honest release that I’m really proud of and has a simple graphic styling that I’m looking to explore more in the future. Here’s a few process shots, enjoy! 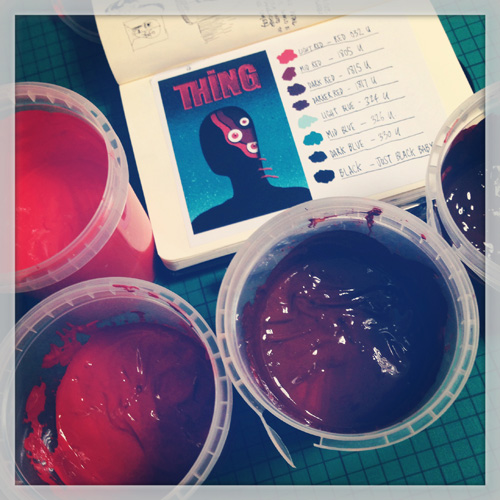 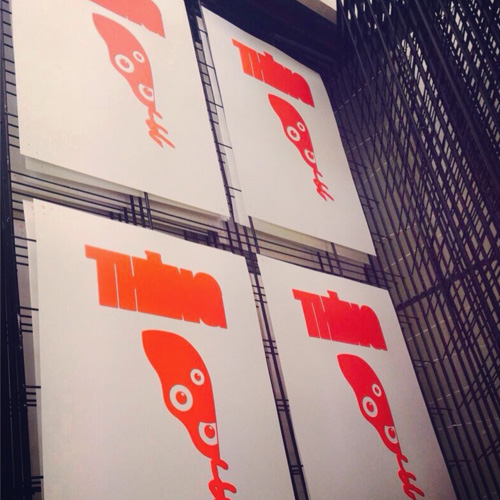 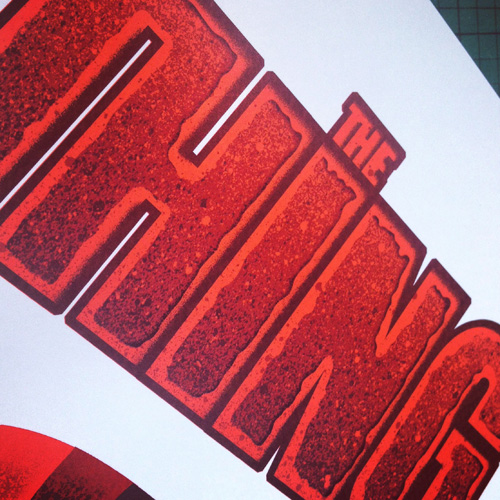 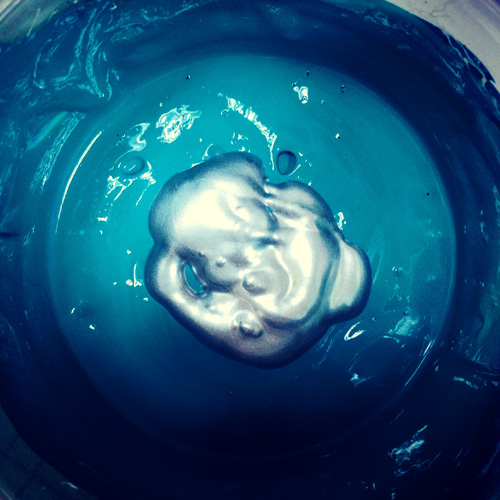 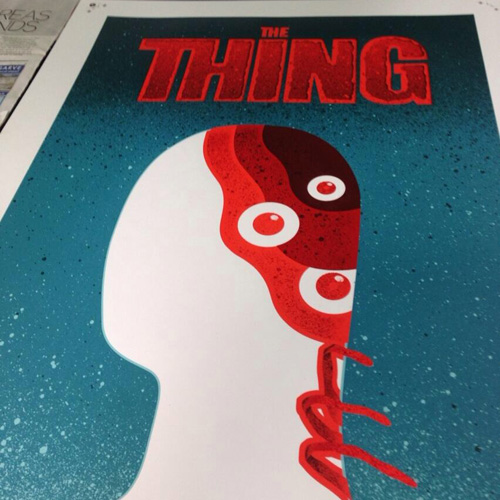 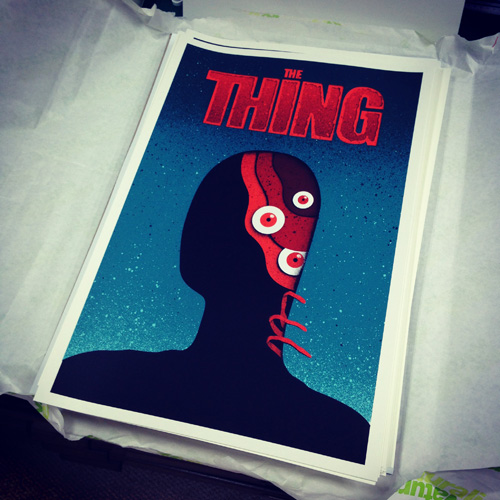 The print is available to buy now over at my shop.